In this section, we'll spawn items like NPCs, power ups etc in our dungeon.

For this, we'll do the following: 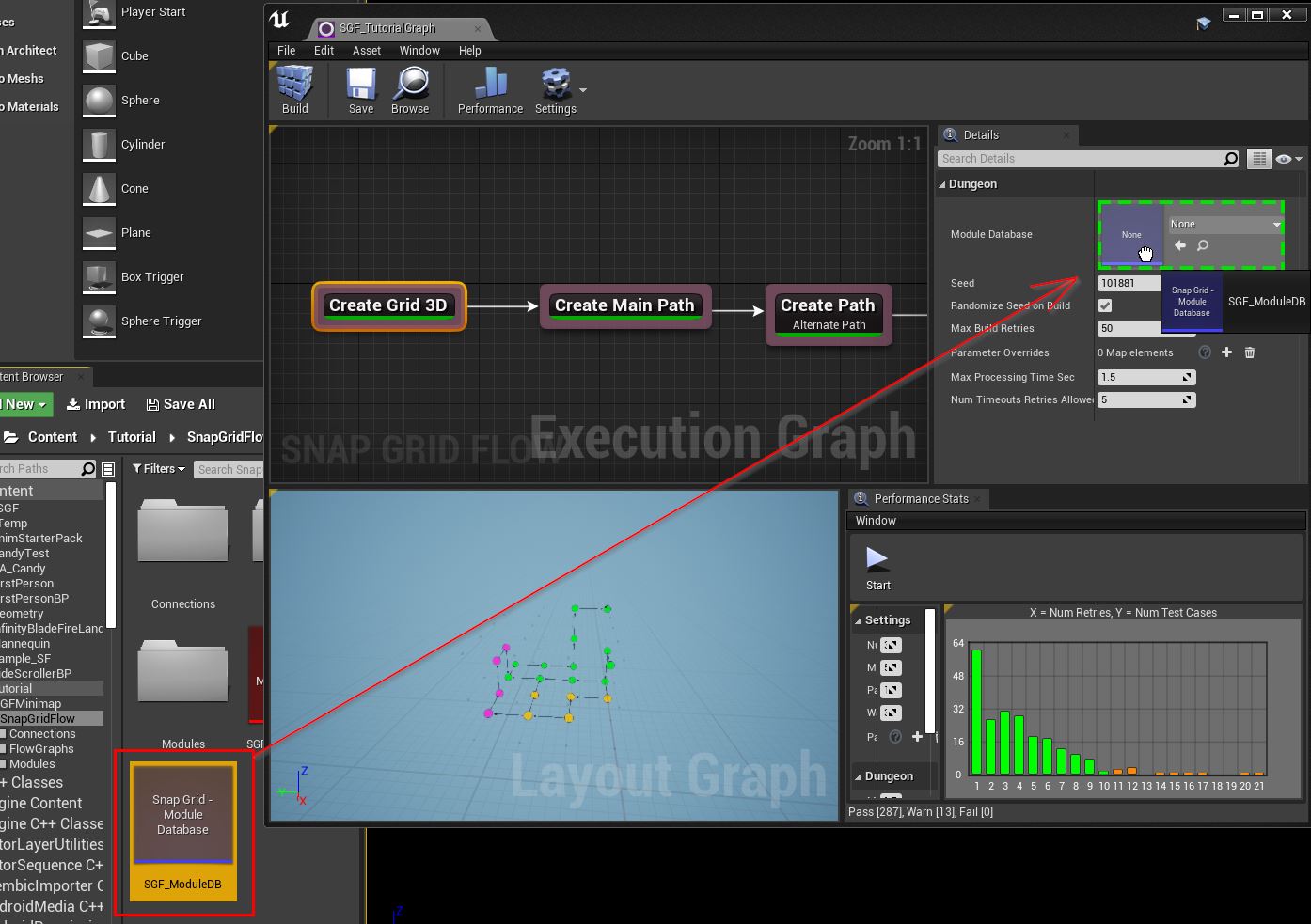 Create a new Spawn Items node and link it up as shown below:

Inspect the properties of the Spawn Items node. Add two paths in the Paths array and assign the ids of the main path (main) and the alternate path (alt)

We'd like to eventually spawn something in the modules using the theme file. We'll provide a marker name here, so we can create a corresponding marker node in the theme file and add our NPC blueprint there

Leave the rest of the properties unchanged and hit Build 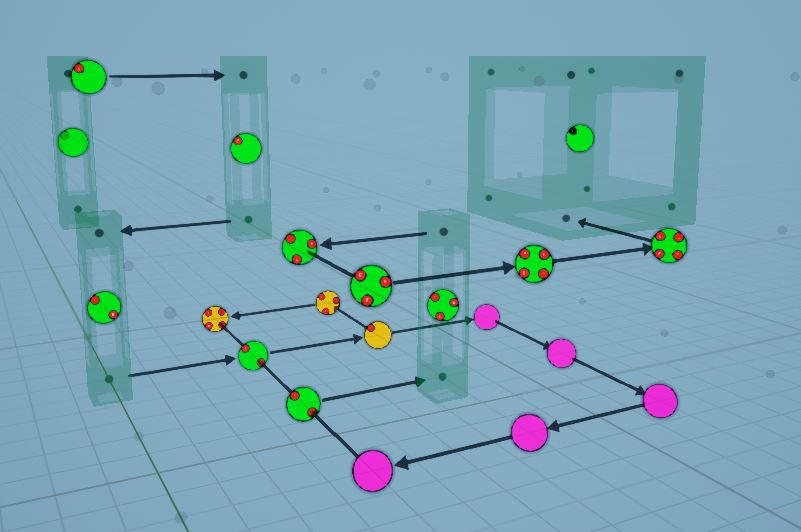 Add a description to this node

A placeable marker is an asset you create in the content browser. You can then drag and drop these assets anywhere on the scene. You can then use the theme file to spawn objects at that location.

If the dungeon builder needs to spawn a Grunt marker 4 times inside the room, it will first find all the existing and compatible marker assets placed in the room. In this case PM_Enemies would be compatible since it contains a Grunt marker. Since we have 10 of these in the room module, it will randomly pick 4 from them and use the theme file to spawn the grunt blueprint

Rename the asset to PM_Enemies 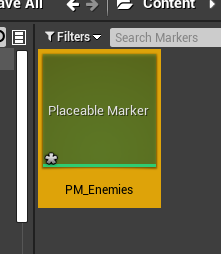 Double click the asset to open up the editor. Add a Grunt marker (since we specified this earlier in the Spawn Items node). Add a few more markers for future use like IceTroll, FireTroll, Goblin

Save the asset and close this editor

We've added a bit of geometry to the room. The snap system gives complete freedom to the artist to design the room as they see fit. In that same spirit, the artist should also have control on where the markers spawn. This is where placeable markers come in

Drag drop the placeable marker asset that you've created before, on to the scene

When you drag drop a marker asset in the scene, it will create a placeable marker actor. Select the actor that you just dropped

It will show some debug info, like the maker asset name, and the marker names it contains 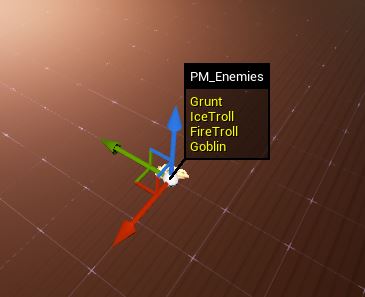 Rotate the actor as needed. The red arrow shows the orientation of the marker. When the theme engine spawns an actor here, it will do so with this rotation

Add a few more markers. Add at least 4 markers, since we are adding a maximum of 4 enemy items per node in the flow graph using Spawn Item, but adding more is always better. We'll add a few on top of the bridge, on the ramp, and some more on the ground 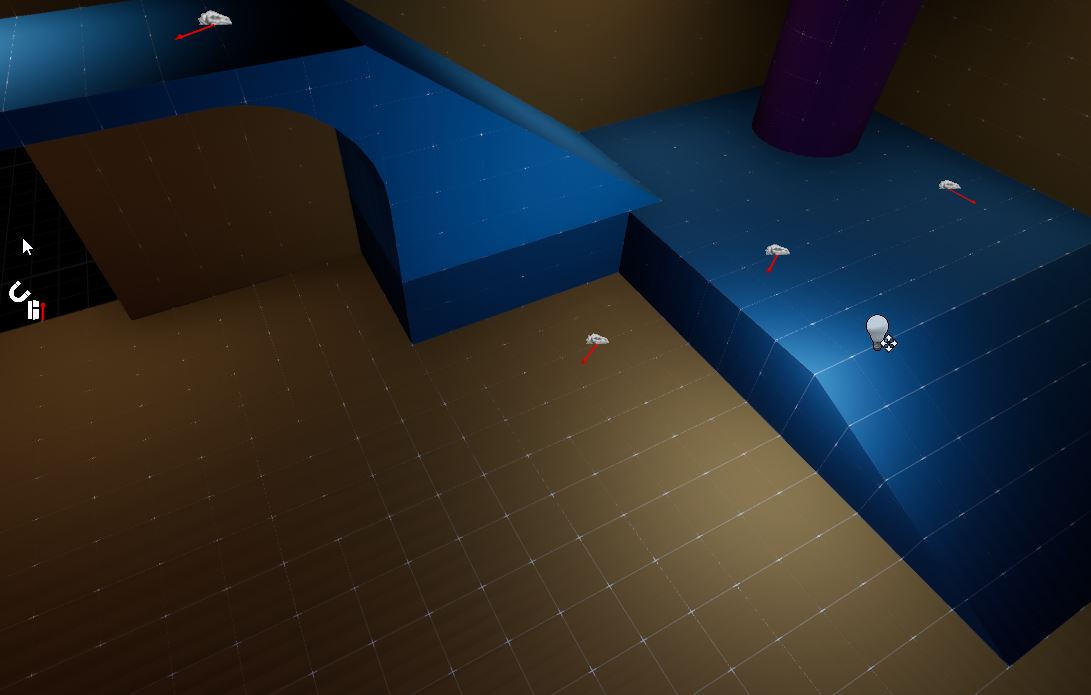 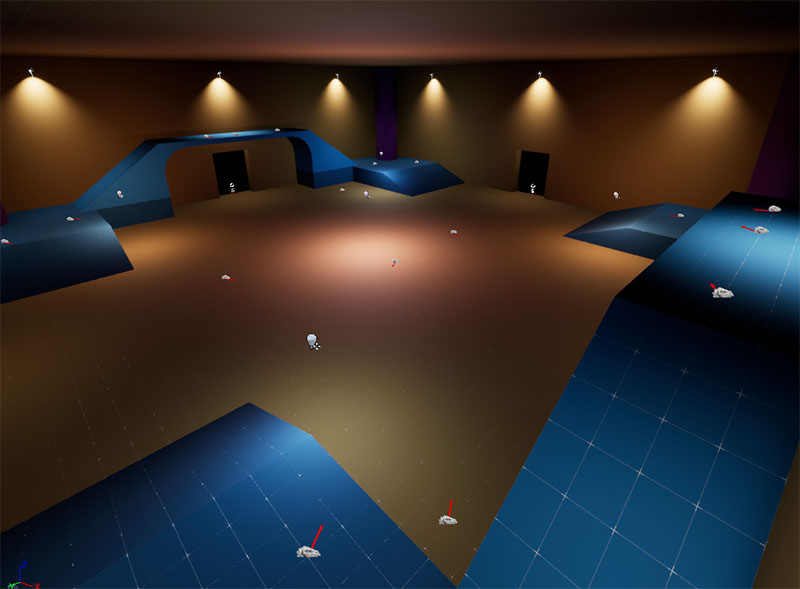 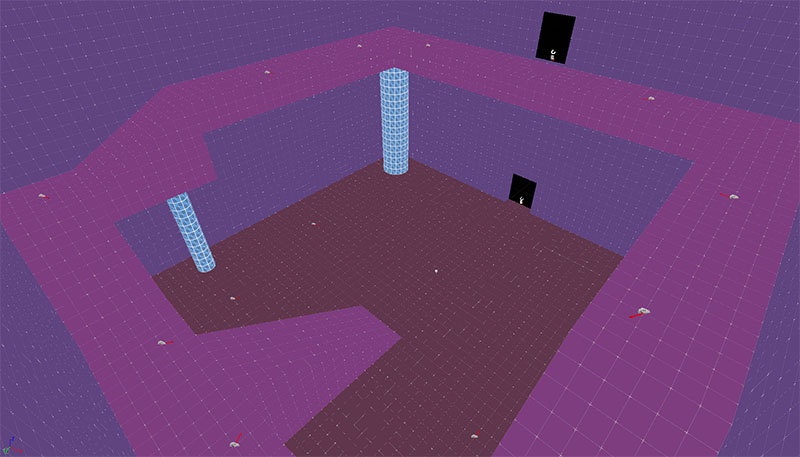 If you add / remove a placeable marker from a snap module, you'll need to rebuild the module database cache

Open up the Module database we've created in the previous section and click Build Module Cache button. Save and close the module database editor

This is an important step. Remember to rebuild the cache when needed

We'll use a theme file to actually spawn our enemy blueprint.

Open up the existing theme file we created in the previous section. 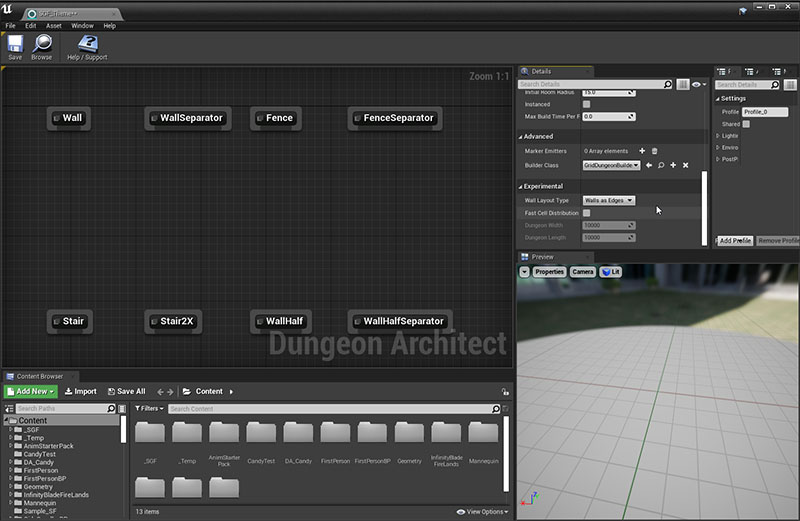 Click somewhere on an empty space in the graph to show the theme properties in the Details tab. 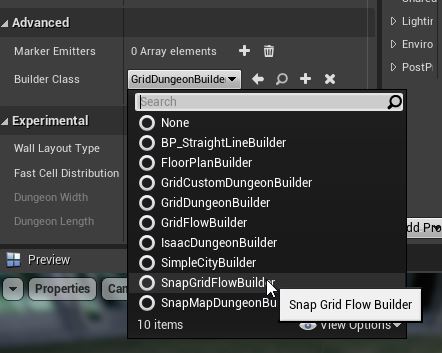 This will update all the marker nodes for that builder. 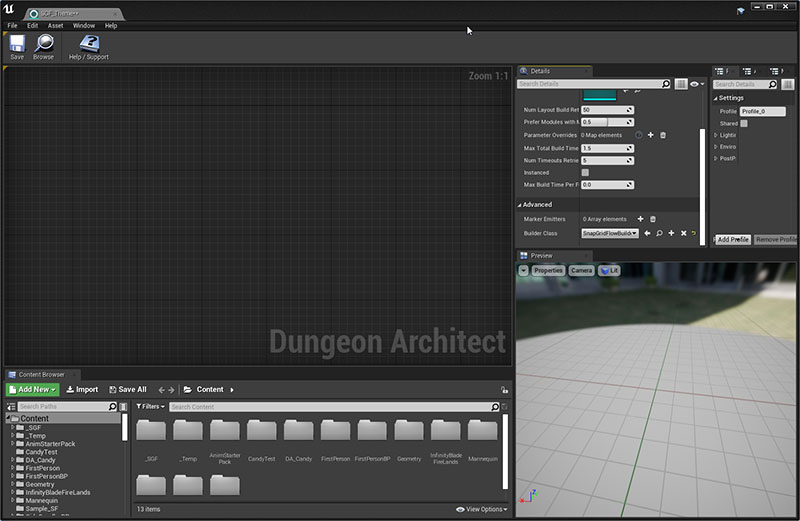 This will remove unused marker nodes and add the necessary marker nodes used by this builder. Since the Snap Grid Flow builder doesn't have any built-in marker nodes, it will not create any new nodes

In the previous section, we assign the marker name of Grunt in the Spawn Items node. In the theme file, we'll create a new marker node and name it Grunt

Right click on the graph and choose Add Marker Node

Add your NPC character blueprint here. For this tutorial, we'll add a cube and adjust the size and scale

This will create a new mesh node. Add it to the Grunt marker node

Assign a red material to it 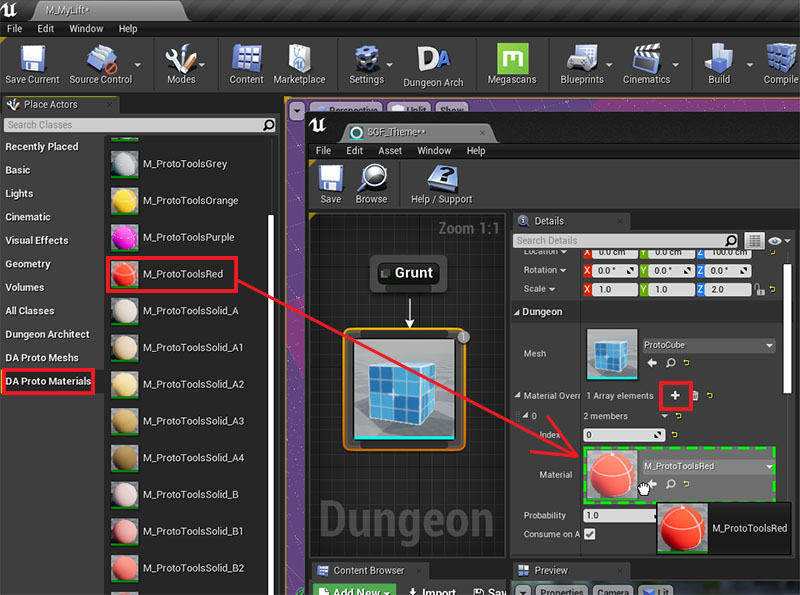 Save and close the Theme Editor

Open the map where we previously configured our dungeon and build it.

You can use this system to spawn anything (treasure chests, weapon racks, power ups or any gameplay blueprint)