Each builder implements its own query interface.

You can access the query interface from different places 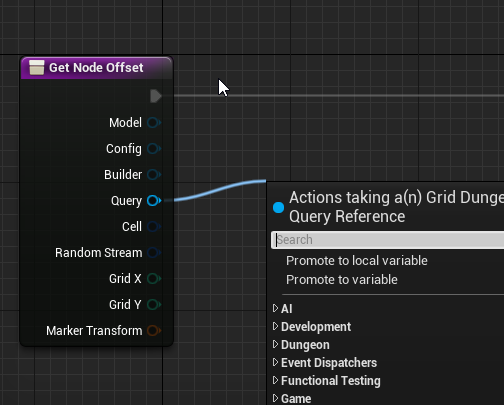 Gets a list of all the Cell IDs in the dungeon. A corridor patch or a room is a cell. A cell is always rectangular in shape, with a center and size

Get Cells Of Type#

Similar to Get Cells function but filters the cells based on a type (Room, Coordor) 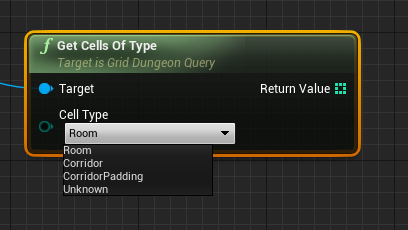 Gets the dimension of a cell. This takes in a cell id and will return the center and the size of the cell 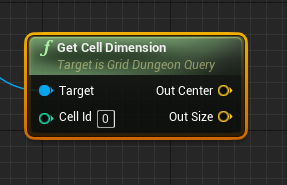 Get Path Between Cells#

Gets a valid path between any two cell points. This can be used to create waypoints in your game. There is an example in the quick start guide demonstrating this

Find the furthest rooms in the dungeon. This function returns two cell ID. This can be useful for setting the start / end rooms (or spawn / boss rooms) 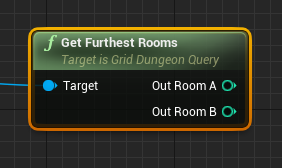 Get Cell At Location#

Pass in a world location and get the cell id. This is useful for finding the cell an actor is in. For e.g., if you'd like to check if all NPCs in a room are dead before unlocking a door, you would iterate through all the actors and check if they are in the same room the player is in

Find the type of the cell (Room, corridor). There is another category called CorridorPadding, which should also be considered a Corridor

Gets a random cell from the dungeon.

There also a version that takes in a random stream. You should use the random stream version if you want to guarantee the same dungeon for a particular configuration. The dungeon's random stream is access from within the selector and transform rules

Get Random Cell Of Type#

Gets a random cell of a particular type from the dungeon.

There also a version that takes in a random stream. You should use the random stream version if you want to guarantee the same dungeon for a particular configuration. The dungeon's random stream is access from within the selector and transform rules

Check if there is a stair connecting the two input cells 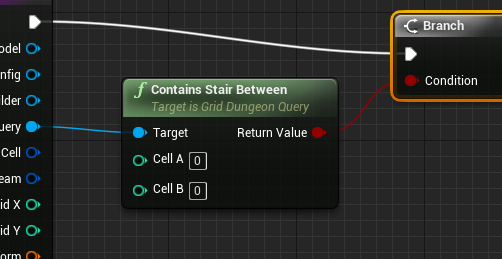 Check if there is a door connecting the two input cells

Get the stair information between the two input cells

Get Opening Point Between Adjacent Cells#

Get Adjacent Cells On Edge#

You can use this function in a selector logic of a marker that is on the edge (e.g. Walls / Fence). This function returns the cells adjacent to the marker. You can use it to decorate your walls / fence selectively. E.g. do no spawn lights on walls of an empty side, or have a different art style when a wall is shared by two rooms

The function returns true if a marker with the specified name is found nearby. You specify the distance to search and the marker name.

This function is useful if you don't want to place blocking items near doors / stairs. 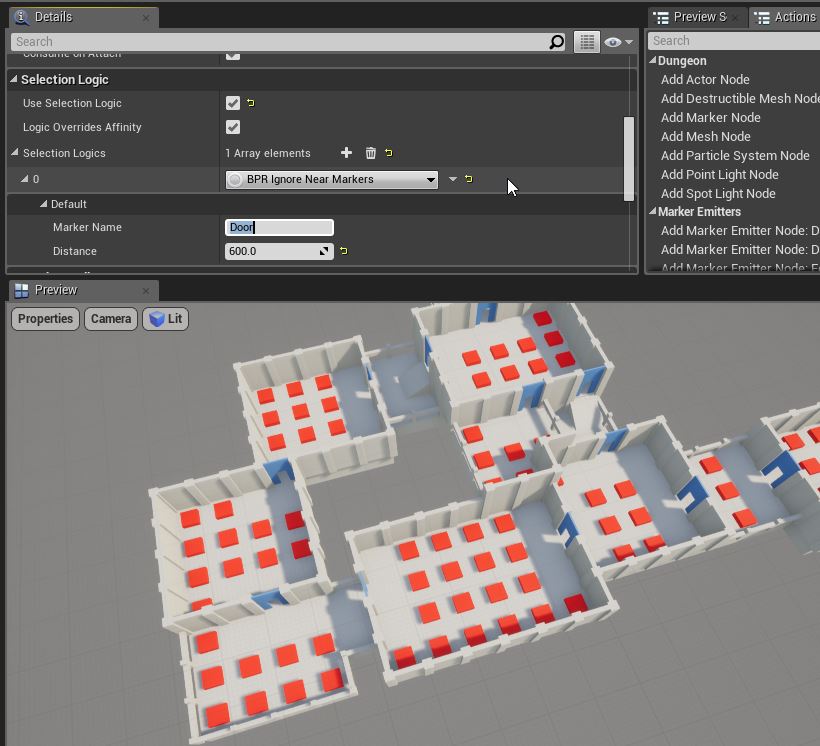